Ricegum is one of the most popular YouTubers of all time and as a result he has accumulated a huge net worth. In this post we reveal the net worth of Ricegum. 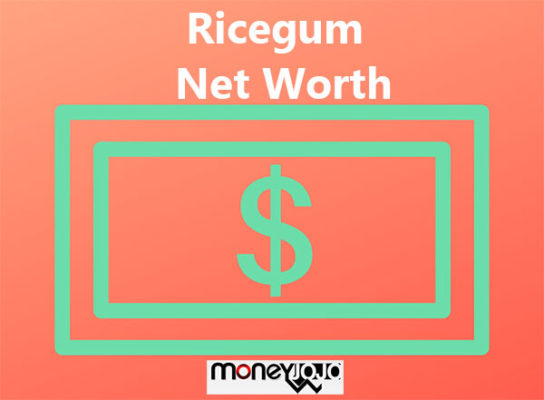 Ricegum is a YouTuber and Rapper who was born in Las Vegas, in the United States Of America. He has accumulated over 1 billion views making him one of the most viewed internet personalities. He is a gamer and this has been a major factor in his rise to fame and building his fortune.

Born Bryan Quang Le on November 1996 in Las Vegas, his parents were both Vietnamese who moved to the US before he was born.

In 2012, Ricegum started uploading videos to YouTube of himself playing games. Call of Duty was one of the games that he played the most and those of which he uploaded initially.

As a gamer he used the name “RiceGum” which he created a variety of social media accounts with that alias, including Twitter.

Ricegum continued to post videos on YouTube and building his subscriber base. He started making funny gaming videos which he did some rapping. The rapping aspect to his videos were well received and helped towards growing his fan base further.

One of the most popular YouTube series that he produced was:“These Kids Must Be Stopped”. This series attracted a large number of views and subscribers and really lifted his profile.

Ricegum is today, one of the most viewed YouTubers.

Today Ricegum is also referred to as a rapper. He has made a number of rapping diss tracks based on poking fun at other YouTubers. One of his rapping tracks made it on the Billboard top 100.

Ricegum net worth 2018 is $8.2 million. The majority of Ricegum’s income in 2018 came from ad revenue, sponsorship deals and revenue generated from downloads of his music tracks.

Do you want to make money as a gamer?