Are you looking to watch Spanish movies online for free? In this post we look at the best Spanish language movies with English subtitles that are available to watch on YouTube Online for free in 2022. 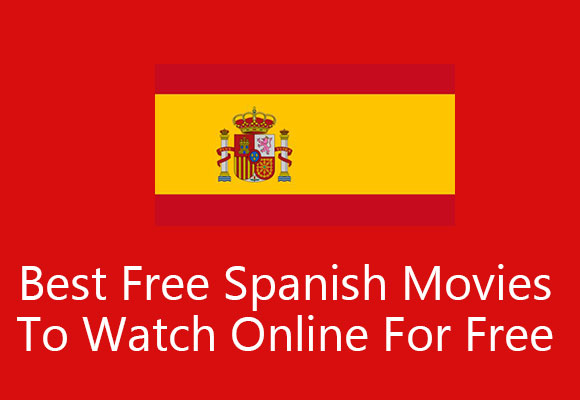 If you are learning Spanish as a new language it can be helpful to watch movies made in the native tongue. This will help you better understand:

While there are Spanish films currently available on Netflix and Amazon Prime, not everyone can afford to pay for a subscription. This is the reason that we have come up with these suggested 15 Spanish Movies To Watch Online For Free. Most of the free to watch Spanish movies listed below are available on YouTube. Some of the films on YouTube however, require you to sign in to confirm your age.

To learn a new language one of the best ways to become fluent is to immerse yourself in the culture. While today, travel to a Spanish speaking country is not available because of travel restrictions as a result of Covid-19. The next best way to immerse yourself is through watching movies.

From watching movies set in the country of which the language you are learning, you can better understand the culture and get a feeling of common cultural themes.

No matter how far you have come in learning Spanish, you can pick up new words from free to watch Spanish movies with English Subtitles that we have listed below.

There are a number of famous Spanish actors that you may find in the movies listed below while there are others available on Netflix. We have also done profiles on a number of Spanish actors including Antonio Banderas and Paz Vega.

Regresa is easily one of the most funny and popular Spanish comedies of all time. With over 5 million views on YouTube, it is a hit with so many from around the world.

Regresa was first released in 2010 and had not lost its appeal over the years. The plot of the movie centres around the main character Maria. After her husband starts work and refuses to start a family with her she belives that he is having an affair. After going to a therapist in which Maria gets hypnotised, she wakes up thinking she is a Basque princess from the 15th century.

A movie that is certainly worth a watch and has been popular among Spanish language students over the years.

Watch Regresa for free below:

Certainly one of our favourite Spanish movies, Stunt Games is a gritty fast moving action movie with martial arts and gun slinging.

Stunt games was written and directed by David Xarach. The movie was first released in 2014 and stars Steven Dasz, Andrew Dasz and Mariam Hernández.

The plot of the movie follows brothers Adan & Samuel who want to become cinema stunt men. The brothers encounter the mafia after accepting an assignment.

The movie has an impressive cast including Olga Segura, Arcelia Ramirez and Sofia Garza.

The plot of the movie Verónica follows a female psychologist who decides to take the case of Veronica de la Serna. She is an attractive young woman whose previous therapist has mysteriously disappeared. The treatment requires Verónica to stay at the psychologist’s house where they have encounters.

Please note: this is a Spanish movie with Nudity.

Sangre En La Boca is a free to watch Spanish movie on YouTube with English subtitles.  If you like the Rocky movie, you will like Sangre En La Boca. It is a boxing movie about a successful boxer coming to the end of his career but becomes invigorated when he meets a young female boxer.

The movie is directed by Hernán Belón and stars Leonardo Sbaraglia and Eva De Dominici.

This is a really good Spanish movie with English subtitles and is also available to watch for free on YouTube.

El infierno is a Mexican black comedy film that was made in 2010. Set in Mexico, it is a  highly rated movie in the Spanish language, it has been watched by over half a million people on YouTube.

Directed by Luis Estrada the film is based on the character Benny, who gets involved in the Narcotics business after his deportation from the USA. Benny discovers the difficulties of a life of crime.

Chacabuco is an Argentinian movie in Spanish that is available to watch on YouTube. The movie stars the talented Malena Villa as Claudia. She is a teenager who, due to force majeure, must return to live with her father Marcelo for a summer after fifteen years of living apart.

Tramontana is a free to watch movie on YouTube. The plot surrounds a love affair between and 18 year old girl and an elderly man.

La Reunion is a 2006 film directed by Antonio Aparicio. It is based on a storyline where a group of friends are reunited in an uninhibited house owned by a man named “Gonzalo”. One of the friends are murdered so fear and doubt is cast over who did it.

Corazon Marchito is another Spanish language comedy movie. Released in 2007, it gained a high rating of 7.2/10 on IMDb. The director of the movie is Eduardo Lucatero and stars Fernando Becerril, Fernanda Castillo and Iván Esquivel.

The plot of the Mexico based film; Corazon Marchito is about two best friends who go through love, break-ups, heartaches and looking for the right companion.

El Otro is a Spanish film made in Argentina that is free to view on YouTube. The film follows the character Juan Desouza who assumes the name of a deceased person who died from a bus accident. He does this to escape his existing life.

La Extranjera is an Argentine movie with scenes from Barcelona, Spain. The movie follows the Character Maria, an introverted Argentine living in Barcelona. Maria has to return to her home Indio Muerto in Argentina after her grandfather dies.

La Extranjera translated as The Foreigner.

Nubes Rojas: Red Clouds is a highly rated Spanish movie that is available to watch online. This is a Spanish Western movie released in 2016 and directed by Marino Darés.

The plot is set in 1875 in Arizona, a family rescues Travis Lebeck. Everything changes when an outlaw gang arrives forcing Travis to vary his plans.

El Brindis is a Spanish movie set in Chile. The plot of the movie is set around a young female photographer who decides to travel to Chile and her father who she does not know very well. She will find out that he is suffering from a terminal disease, she falls in love with one of his best friends.

This 2007 Spanish movie was directed by Shai Agosin and is available to watch for free on YouTube.

This movie; Alivio the Movie is a documentary about three single mothers from different regions in Mexico. The Spanish language film documents their attempt to heal painful memories of abuse through a shared profession; nursing.

Some of the stars of the film include: Ana Serradilla, Pepe Soriano and Francisco Melo

Embrujada is an 1969 film made in Argentina. It was directed by Armando Bó. It starred the Argentine glamour model Isabel Sarli.

Considered a mild horror movie, you could pick up new Spanish words watching this movie.

You can watch the film here.

If you are looking for Spanish to watch on YouTube for free, the 15 movies listed above are a great varied selection to get started. If you are learning Spanish, the films above have English translations for you to better understand what is going on.