In this post we discuss Trials In Tainted Space Cheat & Fated Names. If you are looking for the latest tainted space cheat codes we have them listed below.

Trials in Tainted Space is a highly popular game where the developers have left exploits for users to increase their enjoyment of the game. 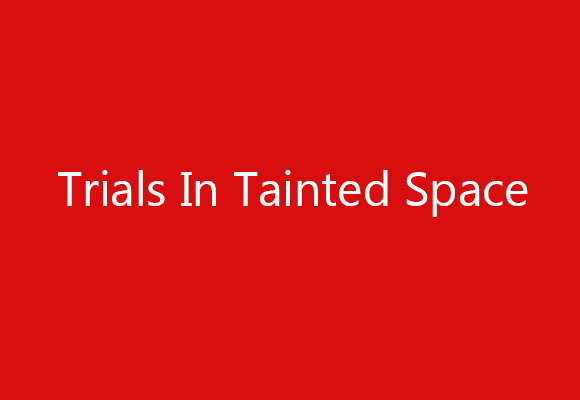 We don’t just talk about tainted space cheats, at the bottom of this post we also have Fated Names for Trials in Tainted Space. The cheats mentioned in this post are only those acknowledged by the developers themselves including previous inclusion which was approved for the public.

The Tainted Space cheat codes that must be inputted by the player can be done by the following ways:

2) Accessing a text input box and submitting the cheat code there.

furfag – This cheat code enables infinite item use for most consumable items. (You must enter again to disable.)

bimbo – It forces the Treatment to use the Female effects.

bull – This forces the Treatment to use the Male effects.

amazon – It forces the Treatment to use the Amazon effects.

motherlode – This code gives enough XP to reach the next level.

Impulse – What this code does is it brings up Impulse menu for scene ID.

wargiiandbess – This code resets the Siege of the Korg’ii Hold quest progress.

backinbizzness – This code resets Bizzy’s interactions to before the player received her first e-mail.

Fated names are a special exploit that gamers can take advantage of and enjoy extra features improving in game experience. 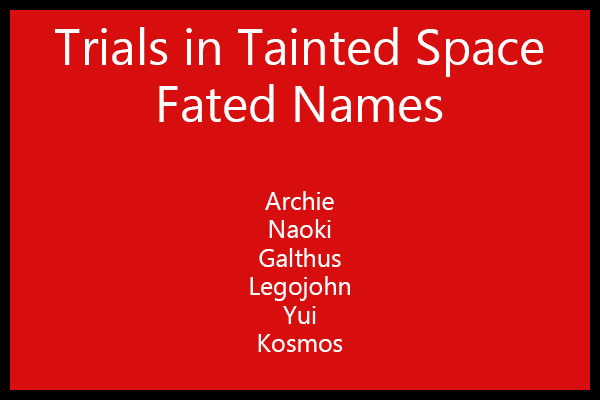 What are Fated Names?

Fated names are names that you can give to Captain Steele. These names have pre-made characteristics and appearances.

The fated names were added to the game as a reward for those who backed the game in its early development.

Here are some of the fated names:

There are more fated names available but those names are the best in terms of gameplay. Remember to use the code “Clowncar” for flight with any amount of crew members.

There is lots of holiday content available with the tainted space cheat codes. Be sure to try out all the things including the list of special holidays content for trials in tainted space.

Psionics is a nice feature in the game Trials in Tainted Space. This is something that you should try out.

Input – Blackjack free money – in the Treasure Nova Casino to allow the player acquire a large amount of money, quickly.

Input – Dr. Lash – Earns full credits and XP. To achieve this exploit you must stack resistance to the burning element to 100%. At the same time you must raise electric resistance as high as possible to minimize the damage output.

There are also developer codes which toggles debug mode which brings up main codex screen, idclev menu and to change console commands.

We hope you have more fun with this game after trying tainted space cheats. The codes will give you a desired advantage through the game and allows you to experience the hidden features to give you more game time. We will update this post with any new tainted space cheat codes that become available.