Fidget spinner toys became popular in 2017 where a craze of fidget spinners spread globally.  According to Livescience a fidget spinner is “marketed as an antidote for attention deficit hyperactivity disorder, anxiety and autism”.

As a result of this global phenomenon, fidget spinner apps were some of the most installed apps on smartphones in 2017. If you go on play store and search for fidget spin app you will find out thousands of fidget spinning playing apps.

Below are the top fidget spinner Android apps to look out for in 2018.

On the google play store 5 million people downloaded this app and downloads are growing day by day. In this app you have to pull the spinner 5 times to get best spin. Swipe with your finger and wait till to stop it. 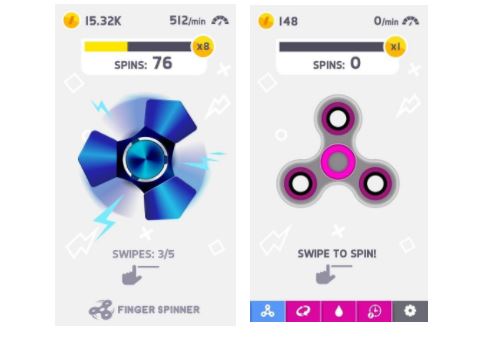 An interesting feature of this app is the fact it is based on a competition, in which you have to achieve best spin from these 5 spins in one play off.  Achieve the higher spins count get higher points, you can use these points for buying Upgrades like “spinner Speeders” and “grease the wheels”. Also, you can beat your friend’s records.

Overall, this fidget spinner app helps you to kill time when you have nothing else to do. 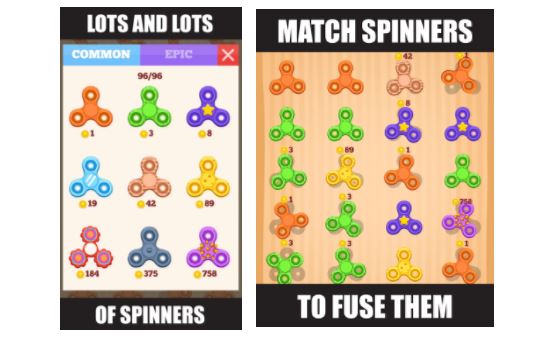 You can fuse two fidget spinners and discover new good looking and high-performance spinner, its helps in your performance makes it better and help you to find out more high-quality spinners.

This app was recently launched by Moneyjojo Technologies, yes that is us!

We created this app in 2017 but we never bothered to promote it! It is however, our second favorite app of all the apps that we created, but the most addictive!

As an app developer, we decided to take a different take on our designs of fidget spinners. There are templates that we modified with graphic design software, however it was the long 3 shard fidget spinners that we designed ourselves. The 3 shard spinner can be found in the image below: 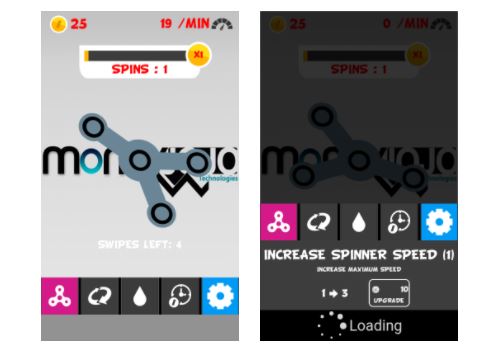 There are a wide range of spinners to unlock. You earn coins for every spin and every time you come back to the app.

We added extras to make earning coins easier for users including upgrades like increasing the spinner speed and more.

Its free to download and will always be free to use. We would love it if you could show us your support by downloading it and rating it 5 stars.

This app is a limited stages game, however it has amazing neon graphics including laser fidget’s spinners.

The game play depends on basically on multiple modes which you can move fidget spinner freely without any time limit. On other modes you can also gain multiple spins within the given time to collect coins. Coins and bonuses are used to help upgrade spinners to get ahead in the game. 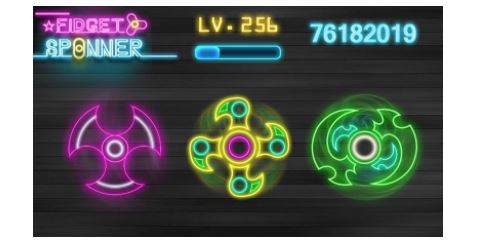 Some people, according to the reviews, are addicted from this app because of its neon graphics. Fidget spinners in this Android app are also known as neon signs. Different types of new spinners are added to the app when updated which attract more than people to install and stay engaged.

You should also try this app to checkout its cool graphics.

Fidget spinner .io game was launched by developers Timuz Game. The game is also available for playing online.  This app made it place in top 5 fidget spinner apps list due to its new ideas of spinning and its points collection feature. 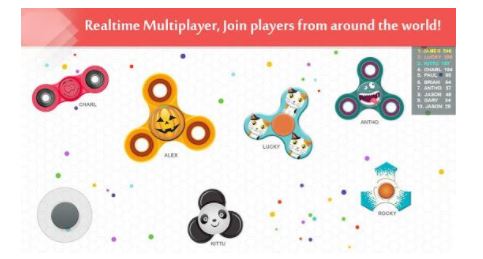 The game works on same spinning method as other fidget spinner apps, however it spinner also moves on screen and you control it so you can collect the small colored dots. These dots are turned into points for upgrades. The more dots you will collect the bigger the reward. And you can use this reward to get or upgrade strong fidget spinner.

In the android version, game is much reliable with touch screen moving controls. If you are bored by using regular fidget spinning apps, you should try this one because it has different idea from all of them.

What Spinner Apps Have You Used?

What apps have you installed, played and enjoyed using? Use the comment form below to share your thoughts on fidget spinner apps that you have used.